As retirement approached for Rex Calloway, a longtime potato grower in Washington state’s Northern Columbia Basin, he sought out the best return on the equipment that had served him very well over the years. Calloway, proprietor of Calloway Northwest, entrusted the liquidation of his assets to Rivers West Auction Company of Arlee, Montana, and AuctionTime.com. 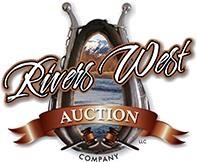 “Rex Calloway felt the marketing power of Rivers West and AuctionTime was the best fit for his equipment,” says Reed Tobol of Rivers West. “He really liked Rivers West’s proposal and presentation.”

Rex trusted Reed to guide him successfully through his retirement sale based on the relationship the two men had forged. Rex’s faith was justified by stellar results on the AuctionTime.com sale June 24th and 25th, 2020. Highlights included a 2014 John Deere 8320R tractor that sold at auction for about $10,000 less than its FleetEvaluator average retail price, as well as a 2001 DMI 730B ripper that brought that model’s highest auction result ever recorded on TractorHouse.com.

A total of 43 lots were sold during the auction, covering a range of agricultural and construction equipment. Lots sold include the following.

Powered by TractorHouse, Machinery Trader, Truck Paper, and many other brands, AuctionTime.com is a product of Sandhills Global—an information processing company headquartered in Lincoln, Nebraska. AuctionTime listings appear online and in print across Sandhills' trade publications and websites to reach buyers around the world in the agriculture, trucking, construction, and heavy equipment industries.

Reed Tobol and Jason Clinkenbeard partnered in 2012 to create Rivers West Auction. For nearly a decade, the team has continually grown and expanded with the help of AuctionTime. Based in Arlee, Montana, Rivers West has sold items from California to New York. The full-service auction company specializes in marketing and selling agricultural, construction, and trucking equipment on a national and international basis. Rivers West takes great pride in producing the highest quality live and online auctions in Montana. The auction company is based 10 minutes north of Missoula, situated perfectly to serve the Western part of the state and the surrounding region.