Values dropped from their lofty peaks in Q2 2022 as used inventory levels began to recover among both heavy-duty trucks and semi-trailers. At the same time, the spread between auction and asking values has narrowed.

The key metric used in all of Sandhills’ market reports is the Sandhills Equipment Value Index (EVI). Buyers and sellers can use the information in the Sandhills EVI to monitor equipment markets and maximize returns on acquisition, liquidation, and related business decisions. The Sandhills EVI data include equipment available in auction and retail markets, as well as model year equipment actively in use. Regional EVI data is available for the United States (and key geographic regions within) and Canada, allowing Sandhills to reflect machine values by location.

This percentage gap between asking and auction values is quantified in Sandhills market reports as EVI spread, and during periods of accelerated or narrowing EVI spread, such as what Sandhills is seeing now, assessing buying and selling strategies is crucial in order to mitigate risk. 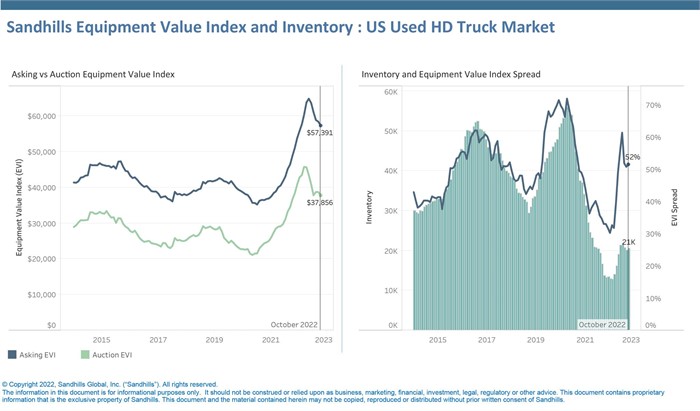 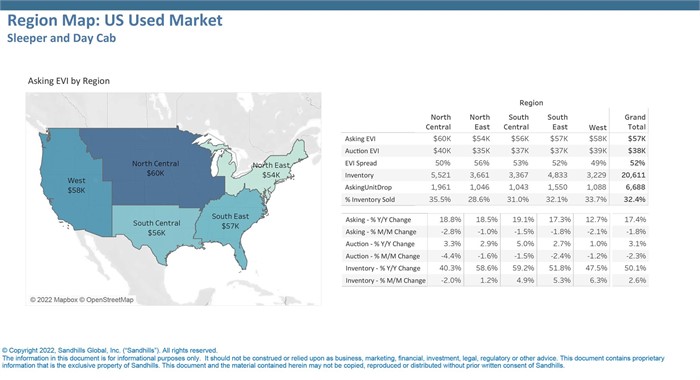 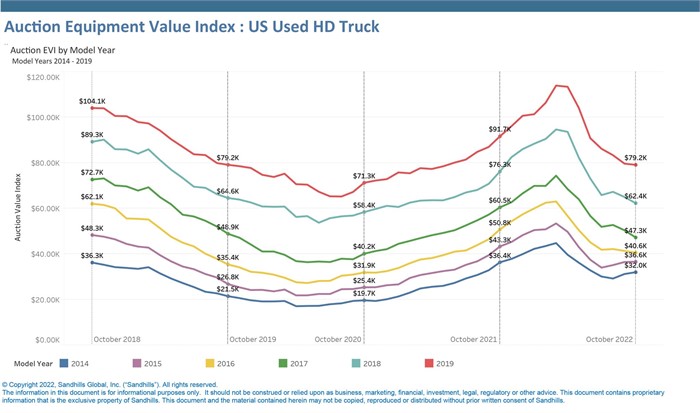 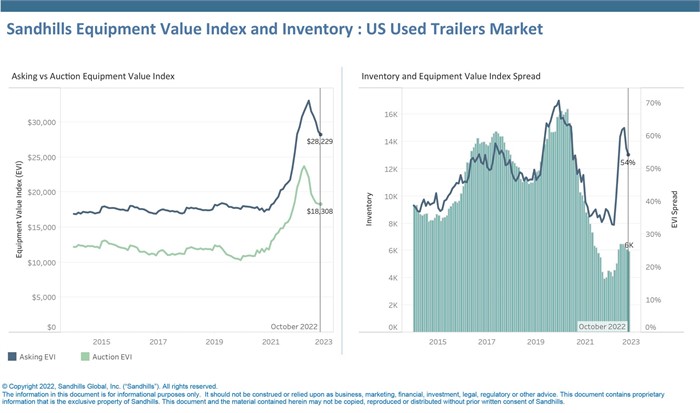 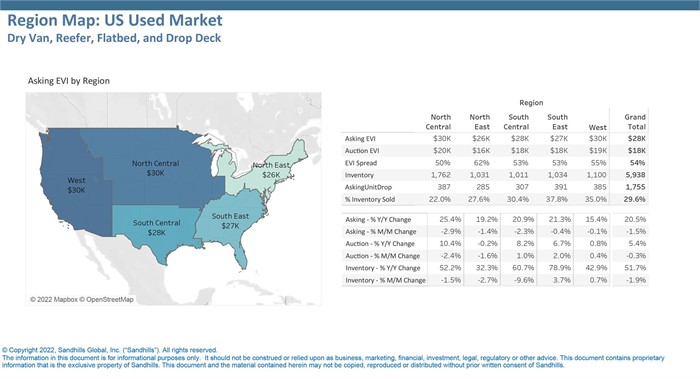 For more information, or to receive detailed analysis from Sandhills Global, contact us at [email protected].

About the Sandhills Equipment Value Index